Part One: Debunking the Myths

Advance care planning, ACP for short. A term that might have popped up in your Facebook feeds or even during your recent class reunion gathering. It might even be a term hidden at the back of our minds, but yet seemingly calling out to us with a small but persistent voice from time to time.

But what is ACP really? Simply defined, ACP is the process of making decisions regarding one’s future health and personal well-being. It starts with an introspective and intimate conversation about one’s values and beliefs. It involves communicating with loved ones and healthcare professionals about your preferences and goals. But before we delve deeper into the subject, let us bring greater clarity to ACP by first debunking the myths that surround it.

Myth No. 1 : ACP is Not Urgent and Not Important.

The emails are streaming in. There is a Zoom meeting happening soon. The kids are asking for help with their schoolwork. The typical Singaporean’s life appears to be filled with Both Urgent and Important stuff every single day. What ACP? We have no time for that.

But unless we have the powers of Dr Strange who can predict a one in 14 million chances (or 14 million 605 chances to be exact), we might do well to give a second thought to ACP. While it may not seem like a pressing issue that requires our immediate attention, it sure pays to spend some time contemplating on its importance. Simply because life has its way of throwing our footsteps into disarray, often when we least expect it. In 2003, SARS reared its ugly head and took away precious lives. 16 years later, Covid19 created a global pandemic, paralysing national economies and world travel. Jobs were lost, millions succumbed to the virus and people were forced to adapt to “the new normal”. Dementia is on the rise and accidents show no signs of abating. There is still no panacea for cancer. But the greatest trap actually lies in the thought that “no, it won’t happen to me.”

Don’t get us wrong. We are not acting as prophets of doom preaching apocalypse. Neither are we being morbid about life. On the contrary, it is because we love and cherish life so much that ACP becomes even more crucial and necessary. If we have succeeded in even getting you to think about it, we have taken a small step on the moon.

“Kiasu” and “Kiasi”– two cultural badges that may distinguish us as Singaporeans, some may even wear them on their chest with a beaming face. But not everyone embraces this national identity as a cult religion. One may think that ACP is only for people who suffer from FOMO (fear of missing out) or those who are paranoid about life and act like scaredy cats. There is nothing further from the truth. In the case of ACP, making decisions before illness or tragedy strikes, is both a wise and responsible thing to do. Not just for yourself, but also for your loved ones.

According to the Ministry of Health (MOH), the number of Singaporeans who have undertaken ACP has risen. In 2008, 4500 instances of ACP were completed in 2018,  which is more than double the number from 2015. For the individuals who have been “Kiasu” and “Kiasi” enough to do ACP, they can actually go about life with a deep sense of peace, with the full assurance that their preferences will be followed, their wishes respected.

Myth No. 3 : ACP is both Complicated and Expensive

Despite the fact that ACP was initiated as a national programme way back in 2011, it is still a relatively foreign and unfamiliar subject to many Singaporeans. Do I need to engage a lawyer to do ACP? Do I need to go for extensive medical checkups to determine my health status? Is ACP a long-drawn process? Is there a lot of paperwork involved?

Indeed, ACP is not something that can be executed at the snap of a finger. Or over a cup of coffee. However, as the Chinese philosopher Lao-Tzu says, “The journey of a thousand miles begins with a single step.” It is that one crucial move that will set the whole process rolling. It seems tough at first, but your future self would most certainly thank you for initiating that one brave step.
ACP consists of both legal and non-legal aspects. You will be pleased to know that for the non-legal part, doing an ACP costs only between $0-$50, depending on the centre you visit. ACP may be done at most hospitals, selected polyclinics and community care providers located all across Singapore. Some providers even offer the option to do ACP over a video conferencing platform. Talk about convenience!

Myth No. 4 : ACP is only for the Elderly and Chronically ill

In a Straits Times article, a palliative care doctor shared about his personal experience with death. When he was only 13, his mother was diagnosed with late-stage ovarian cancer and battled the disease for 5 years. But as death was a taboo subject in the family,  reality only hit him when he received a call during his basic military training. His mother died without the family’s presence and with a certain degree of pain in the final stage.

Like all Asian societies, death is a word that can only be whispered. Family members are often caught off guard when a loved one falls ill suddenly. They suffer intense stress and trauma when painful decisions have to be made. After a loved one departs, they are often plagued with feelings of self-blame, with some even falling into prolonged periods of depression. But with ACP, it allows conversations to take place at the dinner table, not in the hospital. Bidding farewell can be a little less distraught, a little more composed, when we have communicated our final wishes and hopes for our loved ones.

ACP can and should be done by everyone, regardless of health condition or age.  Instead of reacting to a decline in condition or a crisis situation, it is far better to make decisions when we are mentally and physically well. Furthermore, ACP is not set in stone, we can always make changes as we progress through different life stages and experiences.

In the next article, we will bring you through the detailed process of undertaking ACP. 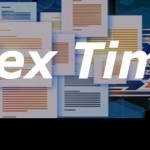